To the rejuvenation seeking, a steaming cup of tea suggests a calming, centering diversion from the everyday. In our great land however,this brew stirs enough of a storm in the very same cup  infusing a myriad of flavours challenging the digestive track. A few local ones are noteworthy of mention. Like the common sense numbing comical statesmanship of Rahul Gandhi, the baffling unsteady calmness of Mamta Banerjee, the consistent growling silence of the Prime Minister and the model honest corrupt practices of Ajit Chavan and Ajit Pawar. These flavours shock,please and tease, but a portioned serving of the concoction in a feeble cup soothes it all.

Peddling litres of this infusion in little feeble cups are tea vendors and if one of the pack is a current chief minister and the prospective prime minister, a sip from the pot becomes priceless. In an effort to get the right blend bubbling in the cauldron, Narendra Modi presides over a bench that scouts for the right additives. One odd strong adulteration like BS Yedurappa, he believes, will not jinx taste or taste buds.

Taking a lesson from NaMo, the streets of Bihar are traying in cups of piping hot laloo chai. However, knowing his credentials in tea brewing,there are very few takers. The average Bihari tea drinker belches with cries that the brew is fodder flavoured and fit for consumption only by starving cattle 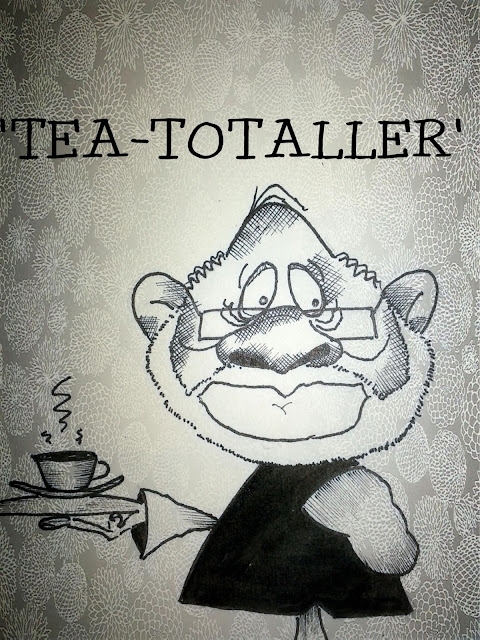 Achtung !!
Angela Dorothea Merkel had the President of the United States crooning the national anthem of his mighty country in unadulterated German.

Now, what did it take to accomplish such nerve wrecking cacophony of a supreme quality?

It all begins with a harmless American  wiretap on the German chancellor's cell phone. An innocent overseas eavesdrop to steal her granny's choco chip cookie recipe. And why not ?? Americans deem it a right to know the recipe of every single cookie in the culinary world. But, in Oct 2013, Uncle Sam is caught with his hand deep inside aunt Merkels fortune cookie jar. This leaves her hurt and fuming.

To seek closure, aunt Merkel resigns to the Bavarian Alps. She finds solace in a pair of Texan skis sneaked in to the country for her strong feet to symbolically control misguided American adventurism. With Mount Blanc in the visual bubble of her aging eyes, she sets on a jaunt down the snow clad mountain. As she gathers momentum, the ski poles are tucked in between her armpits and her head leans forward to reduce drag. Many frozen moments later, her tapped cell phone buzzes, slicing hard into her harnessed focus. Irritated by the unwarranted interruption, her eyes shift for a wretched moment, only for her skis to run into a hazardous icicle.The mishap hurls the snooped political head into the wild west with uncontrolled political momentum. She lands with an earth shaking thud and a broken pelvic bone.

While the German machinery is busy mending a badly broken bone of national importance, Barack Obama chooses the instance to mend badly broken fences. The US President is one of the first to express deep felt pelvic concerns .

Has that doused the anger simmering within her excellency ? Perhaps no. Not with Victoria Nuland, the momentary queen of gaffes and a top ranking US diplomat based in Europe, who recently disparingly dismissed EU efforts to mediate the ongoing crisis in Ukraine with her golden utterance 'F@#k the EU'. 'Merkels choco chip cookies anyone ?..Obama is indeed singing the star strangled banner in German.' 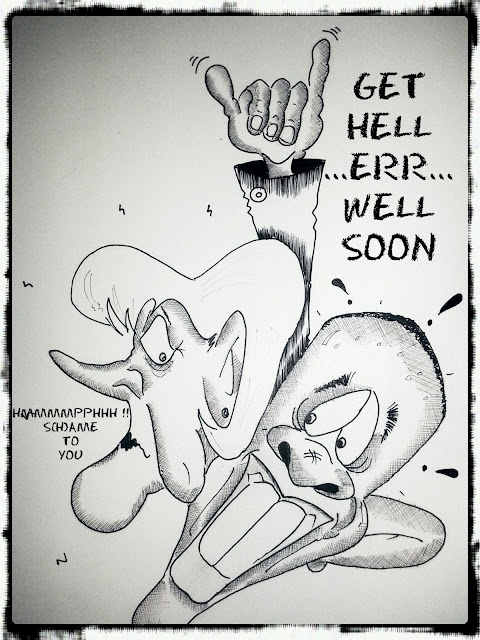 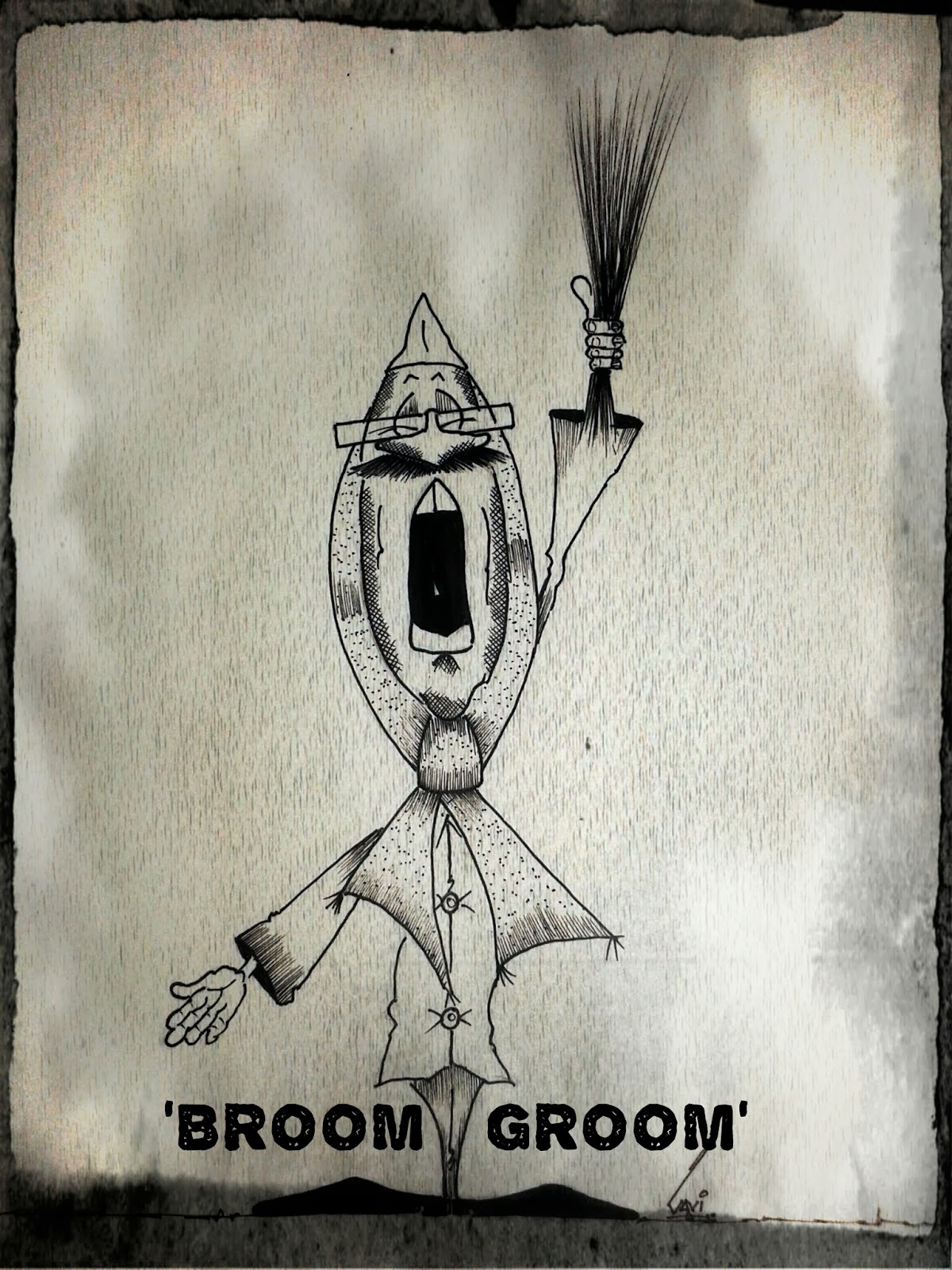 The broom these days, is a law unto itself. After sweeping clean the  streets of Delhi of political muck, the celestial cleaning gadget is now squatting pretty on these very same roads, dropping filth with greater vigour. We wonder, if the new high priest of low conduct will sweep aside the hopes that the common man has sown for him to nurture ??.
Meanwhile, the bobbing white hat army marches on....grossly out of step with the barrage of promises made to its electorate.
Posted by http://mindlesslampoons.blogspot.com/ at Friday, February 07, 2014 1 comment: 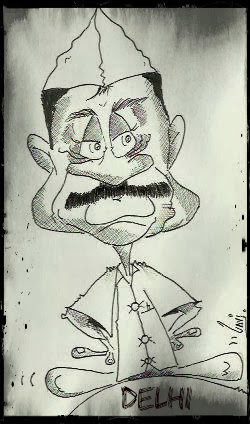 Orchestrated by the Congress,the Delhi chief ministerial chair,for many monotonous corruption seasoned years, has been thrumming the dismal antiquated (aunty-quit-ed) chant, 'Sheila....Sheila ki jawani '. This time however,the pension bound tune never struck the right chord. The cacophony was so unpopular, that the electoral belly of Delhi was pleading for tympanic mercy. The conscious mortals of the mutilated capital pleaded for change of tune and composer. The assembly elections of 2013,ushered in prospective winds of change. The new gust pushed in a much needed cleaning apparatus to sweep,scrub and swab in crevices and cavities where it was onerous to dislodge hardened filth preserved by years of miss-governance.

So, it all boils down to how the common man  or woman benefits ? Take Sheila auntie for instance.Now a part of the ordinary capital flock living off a paltry party pension. She sits ministering how to optimally put to use the 20,000 litres of free water provided by the novice AAP government .There of course are these odd moments when   she hoped against all hope that the people of Delhi will charitably remember her governments water generosity during the rains, when the downpour left the aam aadmi wading in waist deep puddles of efficiency. It allowed them the unique luxury of a hedonistic bath in preserved street salt and grime...many times over. Surely, that benevolence surpassed Arvind Kejriwal's post poll aqua generosity, which in comparison was a pittance. 'So what is all this ado about nothing ?', she bellows adjusting her telescopic eye wear.

Surely,the electorate turned out to be insensitive, blind to her humility and munificence.She had facilitated more free water to a person than what any other chief minister could think of bathing an obese elephant herd in. The spirit of gratitude was dead, she concluded.

Resigning to fate,the bewildered Sheila auntie,already in a state of post electoral disarray,turns to music for therapy. Chirping like a nightingale with a sore throat,her personal top of the chart track is the 1970's hit Smoke on the water.

While the septuagenarian head bangs, Delhi'ites meanwhile, are taken in by their new found sporting fascinaton - water polo. The AAP government on its part,has even decided to declare water polo as the official state sport (with floating subsidies ofcourse). All this, in the thick of a freezing North Indian winter. 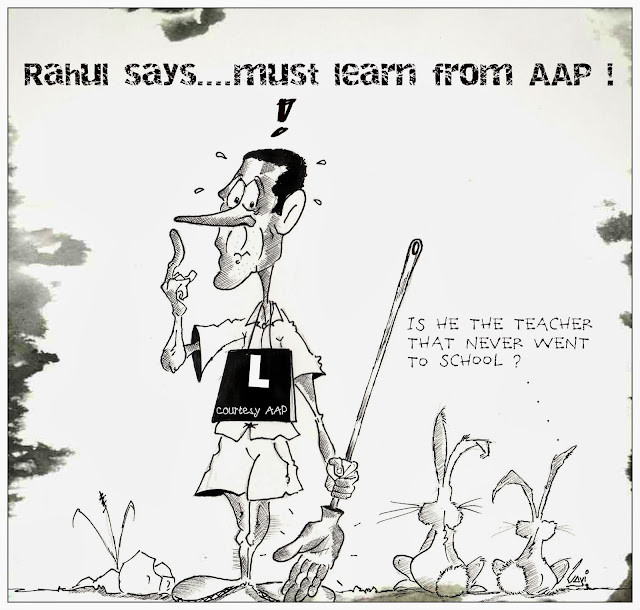 Post the 2013 Delhi Assembly elections,the Congress party headquarters on 24 Akbar Road in the capital is abuzz with an army of spring cleaners. The con-men (read congress men for short) were literally swept away by a trendy new broom. All old school cleaners donning 'mango people' brooms have been evicted from the visual bubble of the party office. The new mantra for victory is 'to clean up by connecting to the grass root.'

It is precisely for this obnoxious reason, that palm shaped vacuum cleaners are replacing wiry, noisy old brooms. At least, the cord connects someplace, lest the grass root.
To state the obvious, one was witness to wired cleaners of different colours,textures and sizes making their way into the cosy comfort cushion laden chambers of their leaders. After all, leaders who profess about the escape velocity of planet Jupiter for the common man, do need extra terrestrial spring cleaning to connect to the grass root. Blessed we are,how earthly are our leaders ? When in dire straits, dial R...to be routed.

A hymn on the gavel that lowered the bar
T'was assumed....

The intern let out a wail
the judge tucked in his tail
The court managed to frown
but
was it enough to pull him down? 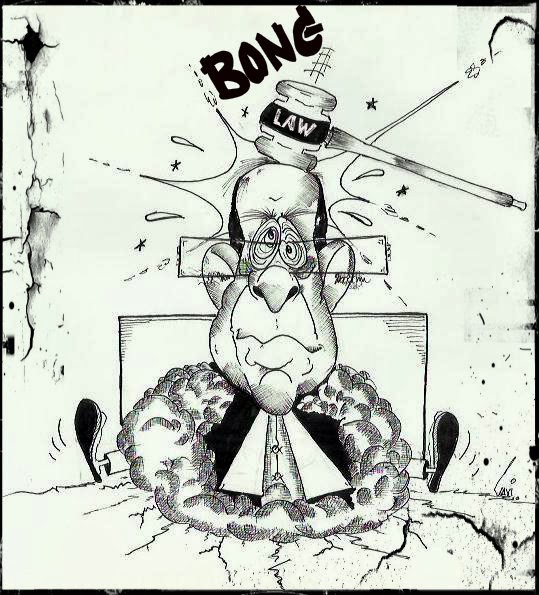 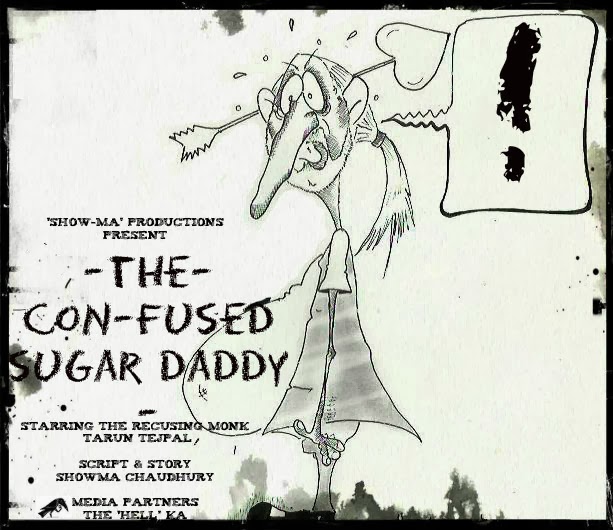