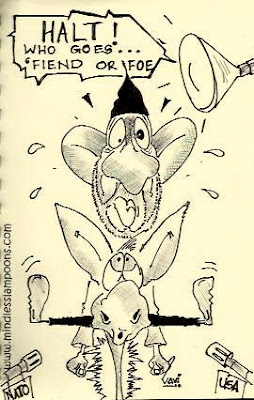 Posted by http://mindlesslampoons.blogspot.com/ at Thursday, May 17, 2012 2 comments: 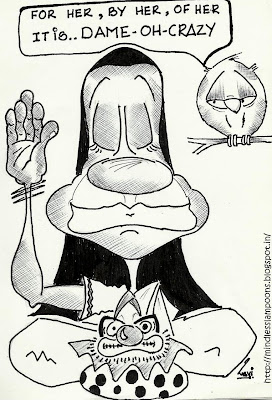 The temple housing the high priestess of political puppetry lies well enveloped by a string of self fostering voodoo dolls, mostly dressed in politically correct white - starched to  angelic deception.

Voodoo dolls of varying hues, proportion, fame and stakes, took on the numerous chores needed to keep the temple of conniving aspiration running, customised blessings flowing and bags full of charities coming. A vicious circle of confounding asymmetries it was. After all, it is politics.

In the inner chambers of the great mausoleum, was seated the high priestess ensconced in the comforts of her position. Placed in front of her, was her favourite figurine swaying East to West.In typical voodoo practice, this effigy too was pierced to silence.

Placed at her feet, was a stone of manipulative brilliance, etched on which was a personalised  definition of democracy put to practice in both letter and spirit.

Posted by http://mindlesslampoons.blogspot.com/ at Saturday, May 12, 2012 No comments: 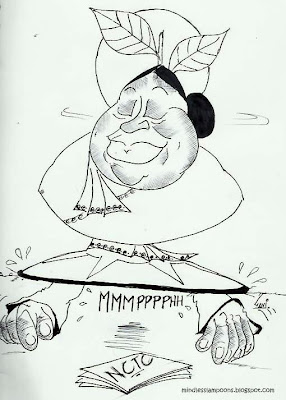 A farce it is not, announced a foe
he moved earth with his soiled toe
Down and under, the mummy swore
through heart and liver she charged and tore
letting it know, she was ready to mow

A change in time, moved the tide
terror, stuck the nation wide
while the country stood to thwart it hard
mummy chose to play a different card 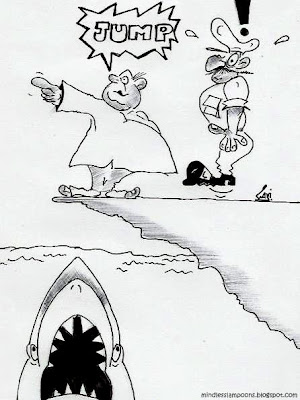 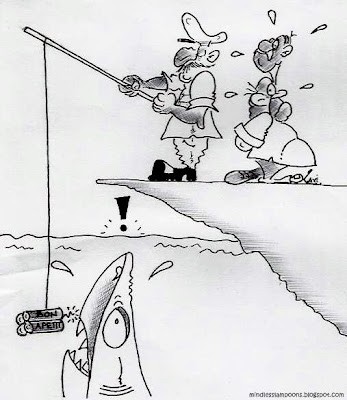 The ARMY, the ARMY want 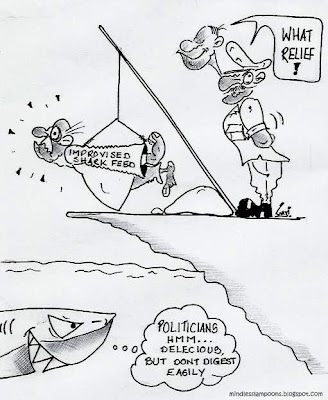