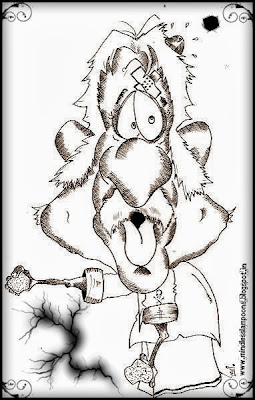 "And unto him that smiteth thee on the one cheek offer also the other;
and him that taketh away thy cloak forbid not to take thy coat also"

Yesterday, when  the chief minister of Kerala was struck by an unholy Marxist projectile above his left eyebrow, the media went blazing on all available decipherable audio,watchable video and  barely readable print. True to  belief in the above prophesy,the minister chose to offer the  neglected 'other brow' too. After all, this is election year and such benevolent gestures do not come in harms way when enduring a little pain in rhetoric. More so, when an array of cameras are rolling spools of sympathy to be played all over national television...... Absolutely no harm !! In fact  during such an act this season the word harm is considered taboo of a higher order.

The honorable minister however, missed one significant point. The stone in our country is an unchallenged solution to many a  problem. It has the potential to rewrite military doctrines. Consider how simple the economics,logistics and mathematics of this well researched projectile theory is :

See a dog, hurl a stone.
A bird perched, hurl two
A train passing by, swing a dozen
Do not like your neighbor, pelt as many
Want a separate country, bring in a truck load
Upset a politician, book a train with each wagon filled to the brim

These prophesies on stone have many takers in our land. The Kannur wing of the LDF was no different. The CPI state secretary, a loving and caring angel in red named Panniyan Raveendran solemnly declared that the dove and olive branch sporting LDF workers would never resort to such a course. How blessed we are Oh angel in red, we have only seen you shower floral petals and deodorized water on your adversaries to date. Chandy sporting a bleeding brow was hit by a flower in gentle hyperbolic motion.

Not to be let down by the display of such exemplary and divine behaviour, Chandy was quick to add “I take all problems in a positive manner.” and having said so, the other cheek brow was thrust out to bring to bear ' the misery for sympathy'.After all, actions are known to speak louder than words.

But the seasoned politician forgets, one simple law of conflict : The enemy's arrow follows no determined line. While he grappled with his brow, a well toned stone from the red quarry knocked hard on his head and a bump was quick to mushroom.
"BINGO on target again......."  a voice was heard at a distance. 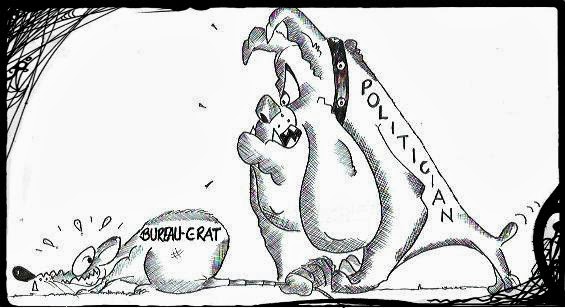 When a politician catches a cold,an array of bureaucrats around him sneeze. For the 'unchosen' few, it is a Hobsons choice. But for a gratifying majority, the bout of sneezing could start in anticipation......of a chocked nose.

A strong analogy could be drawn in the animal kingdom.The 'wag order' in mice residing in a bureau is stratified into three distinct categories.
The 'A' rat of the bureau is the ever nodding, butter spreading, share seeking variety for who, a politicians wish is his command .They are also the likely variety to savour plum appointments and stay ahead in the rodent race.

'B' rats are fence sitters. After all, which non risk taking mouse would want their cheese moved?
The last in the lot are the 'C' rats. The kind that endure 43 transfers in 15 years, hit out at the sand mafia and limp in the race to ascend and comfort.

Now, where in the human kingdom have we seen this before ??
Posted by http://mindlesslampoons.blogspot.com/ at Thursday, October 17, 2013 4 comments: