Somewhere up in the hills, little yogic fledglings, rehearse their version of a  Kindergarten rhyme

" Ba Ba Ramdev, have you any postures ?
Yes Sir ! Yes Sir !
Many ashrams full
One for masters, one for slaves,
And one for the damsel, who sizzles on screen " 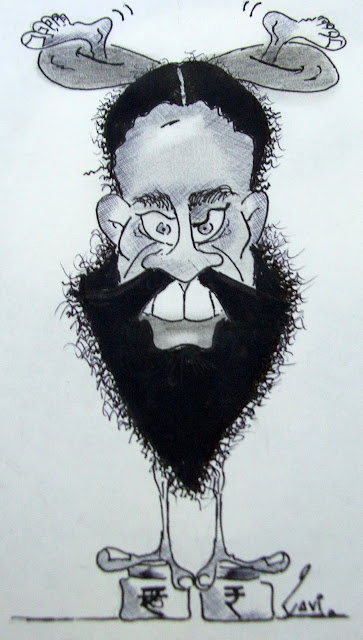 Symmetric principles of rhyme and prose are unimportant, especially if the teacher in question is a certain Bollywood item dispenser. Considering that 'item numbers ' are not the only commodity being dispensed with, Baba Ramdev aka Ram Kishen has stirred and stretched to unexplainable limits, the elastic potential of the Indian body, steeped in the panache of the Yogis ways. All this and more, for a healthy living, or so, it is believed.

The economics that feed this healthy state of mind may not be that healthy after all. The unexplained concoctions sold to the public at large, in gimcrack cookie jars, promising nirvana from every possible ailment, has come under the cloud of suspicion. But, his flock of posture practicing, brew drooling assemblage  just grow and grows ! This mammoth growth has built an empire stretching from the the banks of Haridwar to a little island in Scotland.

What drew my attention about this man, is his crusade to arouse public sentiment against corruption which paved way for a larger movement.He took on issues of Black money and illegal mining and wrestled with a half witted government , attempting an escape from their scheming clutches in the garb of a woman.

While turning and walking away from a profile so very versatile, the romp of the kindergarten rhetoric taps your eardrums,but,this time, a new tune....

" Twinkle Twinkle Posing Star
How we wonder what you are ?
Up above the stage so high
Like a creeper in a tie"

PRANAB MUKHERJEE : Needs must when the devil drives

Pranab  (PR-AHHH-NAB) !!! An old English proverb,perhaps unknown to congressmen in word, but well rehearsed and adhered to in spirit, states..  'Needs must when the devil drives'.
A congress politician, who chokes the smooth flowing coerced- dynastic form of leadership is bound to be ceremoniously booted out of the self indulging family coterie. There is no room for a well meaning coup. So, where does that leave the illustrated subject in question ? 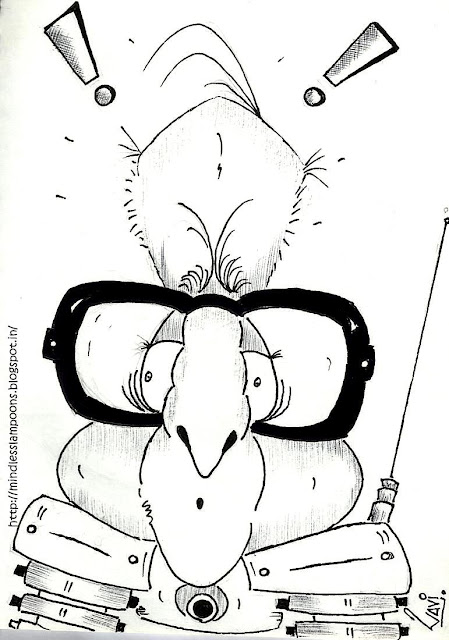 A straight arrow in the twisted quiver of the blindly lead herd is, Pranab Mukherjee.  This well weathered bull from the Congress stock, has piloted the party through many a crisis. There is no dearth of neither experience or versatility.Then WHY is it that this gentleman of primal steadiness NOT the obvious prime ministerial choice ??? The answer is obvious.... a second line of leadership is unwelcome and deviously scorned. What needs to be seen is will the man capable of heralding sound governance  be given his due ?

Changing political fortunes and a dwindling faith in the folly soaked catapulted leader, could , as a matter of remote consideration, herald a much wanted change. A welcome change, in the opinion of a few.

In the worlds largest democratic carnival, unfortunately, there is no alternative political body worth its salt warranting such an impolite consideration.

In that paradigm, could the Pranabs, Chidambarams, Antonys, Jairams and the band of politicians capable of steering this vibrant nation, step out ? The need of the hour, an iron willed armoured charge that fires salvos of change.

'An army marches on its stomach...' quipped Napoleon in a state of half baked greatness, but Anna Hazare and his Army of bellowing hollow tummies will gravitate the 'resting in pieces' government cartwheeling to their 'feast'ive grave.

This harrowing abdominal ordeal is turning the collective conscience of this short memorized nation, while in the same breath... sending the jelly spined Congress government scurrying for cover. Last heard, our benevolent Prime Minister's pitiful state of verbal constipation,just worsened !!

The well learned lesson, 'The way to a mans conscience, is through his stomach'
courtesy, the Fast and the non-furious .. Anna Hazare 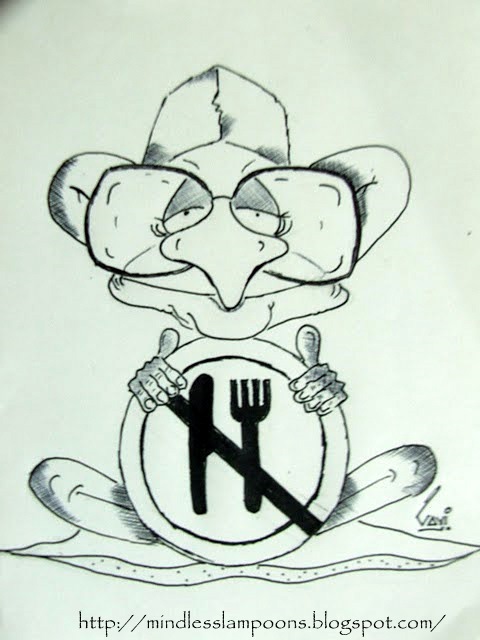 65 th Independence Day : In service of the nation...

Amidst the fluttering of the tricolour ,the 65th Birthday glow , a cauldron of nepotism,scams and corruption, one strand that sticks benevolently apart, is the spirit of the unnerved soldier... bona fide, loyal and dependable. While on a propelled Himalayan sojourn, put pen to paper, to doodle this tribute to the silent heroes , under whose blanket of safety this vibrant nation sleeps...... JAI HIND !!! 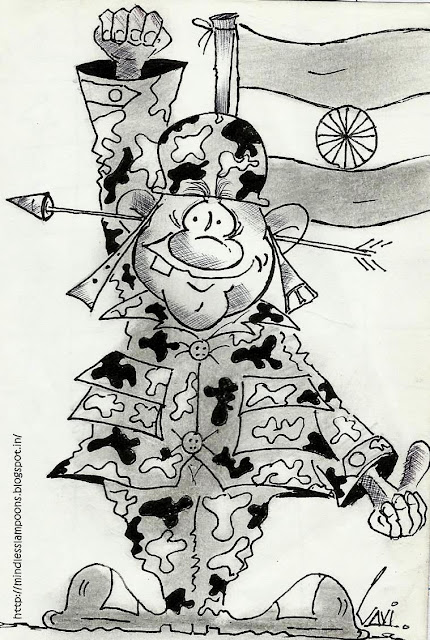 Raised in Amritsar on an unadulterated  American diet, this tweety bird of political innocence, sings in  volcanic Italian, the mangled  hymn of dynastic politics.A financial wizard and a political hazard, his high note of existence is the 'extended song of silence' !!! 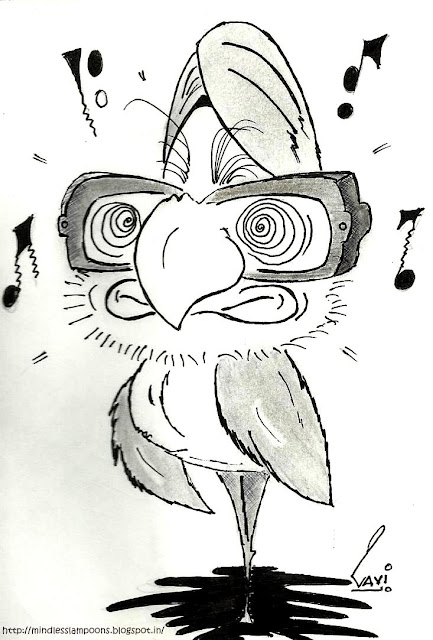