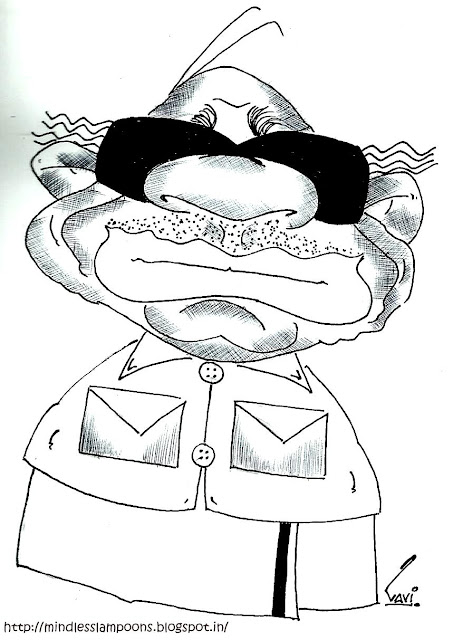 Ethically constipated, morally plural and easily, one of our country's 'stray cash bulls with udders' that boasts of dispensing a steady supply of unlactic wealth, buttered in the acceptable flavours of corruption, manipulative power and timely deceit. This nursing mystery of scholarly talk and un- scholarly demeanor, has created a lineage of 'so mannered fledglings' his sperm composition will definitely be proud of. In our land, such an unsocial occurrence is as common as finding an army of cockroaches in a sewer.

With sons wailing and a daughter counting bars
this octogenarian,  curses his failing stars
With deep  pockets and deeper secrets
concealing slimy corsets and slimier dockets
he treads a path of glorified shame
bartered for two pennies of craving fame

Blinded by greed
he went on to feed
Now... when the odds seem hard
he sits pretty... praying for a trump card
With a flurry of many a rival
the question is,is there hope for revival
-------

Added Dimension. This, as you see and read, is a 'censored version'. The original thought process,both in illustration and verse have been banished from the humble abode. 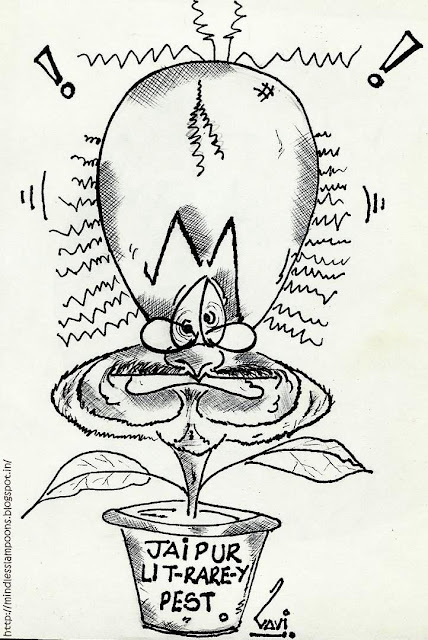 
In a state of mind
that emanated from the hind

he was invited to a fest
with the demeanor of a pest
leaving the organisers in a bind. 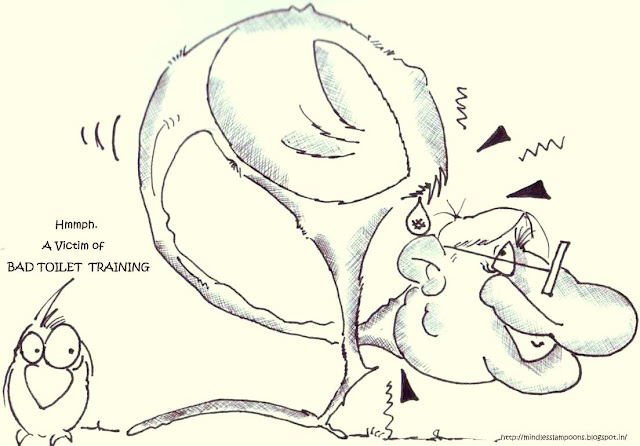 The defecating fields have provided an ideal training ground for our Polity. One, it is believed, reaps what they sow. Thus, the sales pitch of this vote reaping 'Sale-man' is no surprise. However, what is, is the fact that the law minister could subscribe aptly to the adage 'Power corrupts; absolute power corrupts absolutely' .Thus, with ease, there is scant regard for the Election Commissions prescribed 'moral code of conduct' . Excuse me, what code of what ??? Forgive this soul bearing specie, he chooses to understand not what 'moral' means

Can we really blame him ? Well.... attribute it to bad toilet training, the unrepentant gentleman cannot differentiate between a night soil receptacle and his own seat of thought.

'SON-YEAH' and her 40 year old toddler 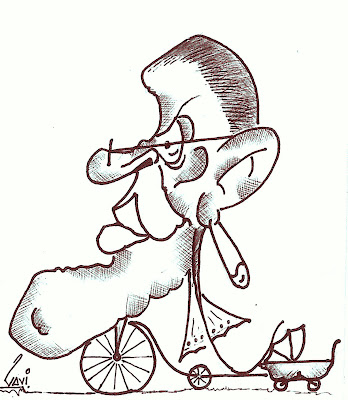 A latent mom from Italy
braided her plaits  flatly
Through the corridors of power
she held many  a bar lower
From the mammoth cart in tow
was a four decade old rattle to show
Sounds of a wail
made side kicks hail
The mother gleamed
the toddler beamed
The nation cried
now..............
aren't we all tired ? 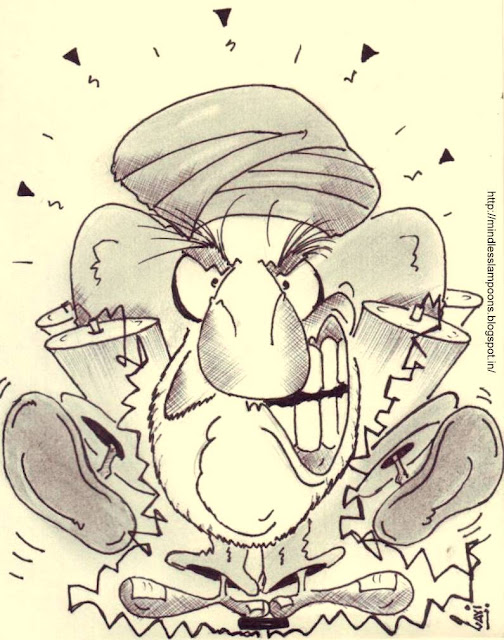